The risk for operational satellites of being impacted by small particles is increasing due to the rising amount of Space Debris in Earth Orbits. Even collisions with small particles from sizes of one millimeter upwards can have fatal consequences for satellites, if such particles hit mission-critical equipment placed behind the spacecraft structure.

During the past 15 years, researchers at the Fraunhofer Institute for High-Speed Dynamics, Ernst-Mach-Institut, EMI in Freiburg have developed the computational methodology and software tool PIRAT Particle Impact Risk and Vulnerability Assessment Tool. PIRAT computes the failure probability from hypervelocity impacts of space debris and micro-meteoroids for each individual spacecraft component.

Spacecraft design engineers use PIRAT to determine the "weak points" in the satellite design with regards to hypervelocity impacts. PIRAT allows to define and to explore easily protection measures for particularly exposed components during early spacecraft design stages. PIRAT quantifies the benefit gained from application of specific protection measures. PIRAT was introduced in 2014 in the European Space Agency's (ESA's) Concurrent Design Facility (CDF) as a tool to support ESA's engineers during Phase 0/A of spacecraft design. The software is now available for licensing from EMI. 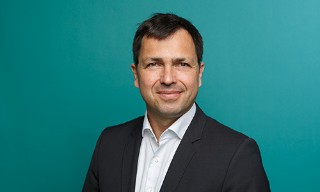