Fraunhofer EMI has been researching the potential of X-ray diagnostics in crash tests using the new X-ray car-crash (X-CC) technology at the Crash Center of the Fraunhofer-Gesellschaft since 2016. X-raying is an established material research technology, which in the industrial sector has thus far been restricted primarily to static and quasistatic analyses. With the X-CC technology, Fraunhofer EMI combines X-ray technology with highly dynamic deformation processes under crash conditions and thereby contributes to the overall understanding of the behavior of inner car structures during a crash. The results are included into the simulation for the optimization of structures, structural components or materials. The long-term goal is to obtain an X-ray video of the crash tests. This business branch of Fraunhofer EMI, which has developed into a large, successful research field, has sparked growing interest in industry and research. EMI develops new methods, simulations and fields of application, conducts industrial projects for notable clients and plans the continuous development of test setups for future studies.

As part of the Tech Center i-protect, Fraunhofer EMI inspected the application of X-ray technology in crash tests in collaboration with Daimler AG with the goal to make safety-related inner structural components of a vehicle visible, even during a crash test, and to combine them with computer-based simulation models in order to improve the predictive reliability of crash simulations. The project began in January 2016 and was successfully completed in 2018.

The focus of another industry project was on the experimental analysis of structural components using X-ray technology. With the additional use of a 3D high-speed scanner, the X-ray images could be spatially oriented, and a time-resolved model of the test data could be generated. The scanner was developed by Fraunhofer EMI in collaboration with Fraunhofer IOF and Fraunhofer SCAI and successfully implemented as part of the industry project. The application of this tool is an important step towards the combination of different technologies in the simulation. A third industry project dealt with the improvement of X-ray simulations for experimental designs as well as the assessment strategy, including the necessary algorithms. This project was also successfully completed this year.

The research results of the X-CC technology are of great public interest. For example, the Fraunhofer EMI booth at the industrial trade fair Hannover Messe in April 2017, where researchers explained the X-ray technology using a replicated test setup, drew large numbers of visitors. The test vehicle, a Mercedes-Benz E-Class supplied by Daimler, and the simulated X-ray flash attracted many visitors from research, politics and the general public. Among the prominent visitors were the president of the Fraunhofer-Gesellschaft Professor Reimund Neugebauer along with the executive board members Professor Georg Rosenfeld and Professor Alexander Kurz, as well as Reinhard Bütikofer of the Green Party and EU Commissioner Günther Oettinger. X-ray technology is a soughtafter subject for the expert audience as well, which is exemplified by the presentation on “X-ray examinations for high-speed dynamic applications” held by EMI experts Dr. Malte Kurfiss and Dr. Stefan Moser at the 17th Seminar D+S “Current questions in X-ray examination and radiation protection” in March 2017, hosted by the German Society for Non-Destructive Testing. Dr. Malte Kurfiss also held a speech about high-speed X-rays in vehicle crash diagnostics at the Lightweight Design Conference hosted by the Fraunhofer Lightweight Design Alliance in November 2017.

An important step towards the goal of an X-ray video is the acquisition of a powerful X-ray source. Intense discussions with the world’s leading manufacturers of linear accelerators led to a call for proposals with technical requirements clearly superior to current commercially available accelerators. The award procedure was successfully closed in December 2017. Parallel to the acquisition of the new X-ray source, its integration into the crash hall was also initiated. Radiation protection is an especially important challenge. A radiation protection concept was developed together with skilled experts from the corresponding field of competence for radiation protection of the B.A.D. Gesundheitsvorsorge und Sicherheitstechnik GmbH (preventative health care and safety engineering GmbH) and the company diondo GmbH. This concept was positively assessed by the responsible authorities and will be implemented in the next project phase. With the acquisition of the new linear accelerator LINAC, new experimental possibilities are now available to Fraunhofer EMI. Henceforth, vehicles can be screened completely with the very high energy of nine megaelectron volts. The frame rate of 1000 hertz envisioned for the final expansion stage allows faster X-ray diagnostics in vehicle crashs. The new equipment of the crash hall will be applied in the Fraunhofer-internal strategic market-driven precompetitive research (MAVO), starting in April 2018. EMI, as part of the three-year-long project that is being funded with 3.2 million euros, will conduct research for the development of a fast X-ray detector and methods for X-ray image analysis in cooperation with the Fraunhofer Development Center X-ray Technology EZRT. Other international industry projects will also profit from the new opportunities of the X-ray crash-test technology at EMI. 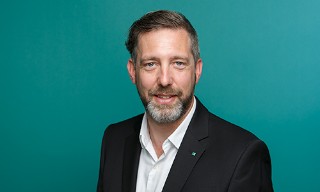