Fortunately, fires in underground tunnels are extremely rare, but they are all the more dangerous for the emergency services. Above ground, important information, for example from residents, is available and direct access to the fire site is possible. In the event of an underground fire, it is important to decide in advance from which tunnel direction access should be made. However, the information required for this is missing. The sensor system developed in the German-Indian project SenSE4Metro, which detects fire, smoke, water ingress and explosions, provides a remedy.

The final exercise of the project took place on October 7, 2018, in Berlin. A fire in an underground tunnel was simulated and the benefits of the project results were examined. Over a hundred firemen and Red Cross volunteers rescued injured people, played by actors, from a train in the Jungfernheide training tunnel. The passengers had to be brought outside via an emergency staircase, and carrying seriously injured passengers required quite a bit of strength. They were then given medical care. The developed sensor system was successfully used primarily for access planning. 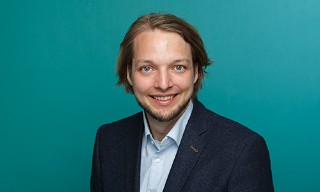