Up to now, virtual human body models have mainly been applied in applications where clothing does not play a significant role, e.g., car-to-car or car-to-pedestrian simulations. In defense applications on the contrary, it is of primary concern to protect the human body against all life-threatening forces that the wearer may get exposed to. The Human Body Dynamics team of Fraunhofer EMI has developed a method to put on a soft ballistic vest to a virtual human body model (GHBMC M50) in a standing posture.

Virtual human body models help to analyze the reaction of a human body when being exposed to a sudden dangerous situation. By the application of such models, personal armor can be improved and soldiers and police officers can be protected.

Not only the dynamic response of technical materials and components can nowadays be analyzed using simulation tools, also the response of the human body can be studied by involving virtual human body models. Human body models represent actual humans in detail, including not only the outer body shape, but also bones, muscles, ligaments, tendons, and internal organs. Originated from automotive industry, human body models have started to contribute to the improvement of crash safety measures for both occupants and pedestrians. Especially when crash scenarios strongly deviate from standard crash-test requirements, when non-standard body postures as well as body positions are of interest, or when the overall muscular stress level of the person involved needs to be taken into account, human body models are generally the only choice.

The design of personal armor systems, which is primarily driven by empirical knowledge and experimental data, can significantly benefit from the application of human body models. The link to involve such models for virtual body armor design was the still lacking capability to transform modular-based textile components from a two-dimensional planar configuration to arbitrarily shaped and usually double-curved body contours. This problem, until recently unsolved, has now been addressed by researchers of Fraunhofer EMI. In pre-stage forming simulations, the textile components that have been modeled in 2D get transferred to the three-dimensional body shape given by the wearer in the situation of interest. The modeling method is designed to work with human body models of different distributors and considers arbitrary postures, body sizes, statures and genders.

One base model – multiple applications

In the current case, a soft ballistic vest has been put on the torso of a 50th percentile male (GHBMC M50). The generated model opens a wide range of applications for simulation engineers. Using a multitude of single simulations, strengths and weaknesses of existing protective solutions can be analyzed in detail. By testing the impact of different projectile types, impact velocities, inclination angles, impact locations, the distribution of multiple hits, either regularly or statistically defined, a ballistic vest or any other kind of protective armor system can be tested numerically in advance. Hence, the virtual design of protective clothes is able to contribute to improved future body armor systems and, last but not least, to protect the lives of men and women during their mission. When looking at new threats, the same approach will help to identify material failure limits that would be necessary to defeat a certain threat. Material suppliers could adjust manufacturing processes to produce materials with enhanced protection levels.

For backing up numerical simulations with experimental data, it is planned to involve the so-called Biofidelic dummy of crashtest-service.com GmbH in the near future. Fraunhofer EMI has recently purchased several specimen of this new dummy type. The distinguishing mark of this dummy, originally developed for pedestrian accident reconstruction, is its wide and flexible range of application and its failure limits that have specifically been adopted to human requirements. If an external force acting on this dummy exceeds a certain threshold marking the occurrence of a severe injury for a real human, e.g., rupture of bones or ligaments, edema, abrasion, blunt trauma, the dummy’s component will fail accordingly. A technical autopsy conducted by the distributor of the dummy gives insight into the interior of the dummy to receive a comprehensive damage report. Last but not least, the dummy can be equipped with conventional measurement devices such that experimental results can be compared to conventional dummies and lots of test data can be generated, e.g., for the evaluation of injury risk. 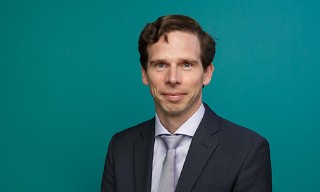 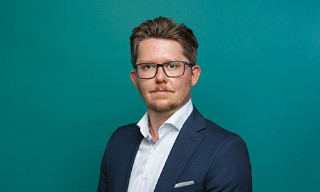