Fraunhofer EMI is investigating how live firing exercises can be made more modern and efficient by using sensor technology and methods of digitalization. The challenge is to ensure safety while meeting advanced requirements.

The potential of digitalization for combat training with a sharp shot
In combat training, soldiers should be prepared for missions as realistically as possible. To do this, they practice live firing in predefined scenarios on military training areas. The display of targets, often realized by using pop-up targets, has so far been mostly static and is often still analog controlled. A dynamic target presentation integrated into a digitized combat training system promises more complex scenarios for more intensive training.
A key question here is: Which methods can ensure the safety of exercise participants and bystanders when modern technologies such as portable, self-moving, or virtually displayed targets are used for effective training?

Digital range safety planning
In order to minimize the risk to persons inside or outside the training area during a live-firing exercise, a specific danger zone is defined for each exercise, taking into account the weapons and ammunition used and the planned sequences of the exercise. Range safety planning is mostly still done manually, and is therefore time-consuming and not very flexible.
Computer-based methods, such as the software developed by Fraunhofer EMI for digital, regulation-compliant range safety planning, can considerably simplify this process and make it more flexible. The fast, semi-automated calculation of danger zones enables the rapid variation of input parameters and facilitates the planning of even complex exercise scenarios. The inclusion of autonomously maneuvering robot targets makes the target display dynamic and thus more confusing in terms of safety considerations. Tools that can be used on site, such as digital range safety planning and simulated training sequences, can make a significant contribution to ensuring shooting safety.


Detection of the weapon orientation
During live-firing excises, practitioners may only fire shots into an area that has been marked with the help of limit-of-fire markers. Compliance with this requirement is monitored on site by range safety personnel who are assigned individually to the exercisers. This monitoring could be made drastically easier if the position and orientation of each handgun involved could be recorded in real time and automatically monitored during the entire exercise.
At Fraunhofer EMI, the first concepts for a corresponding sensor system were developed and set up as a functional illustrator, based on the modular grip of the G36 assault rifle. For this handle sensor system, it has already been demonstrated in an exercise how the position and orientation of the weapon are transmitted “live” to a higher-level combat training system. The focus of current work is on increasing the technological maturity of the functional illustrator, taking into account safety requirements.


Future combat training system
The mentioned aspects are part of a concept for a future-proof combat training system, which combines range safety, exercise planning, exercise control and evaluation in a holistic approach. The collection and analysis of relevant exercise data, for example the position of exercisers and targets, is just as important as reflecting this information back into the exercise process so that it can be adapted to the position and designed interactively. The first practical experience with a combat exercise system developed at Fraunhofer EMI for basic concept illustration as well as the challenges of everyday exercise was gained during a combat exercise together with the partners from the Guard Battalion at the Bundeswehr training range Wildflecken. 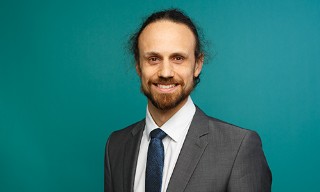