At the Paris Airshow, Airbus Helicopters presented a model of its new high-speed helicopter “Racer” on June 20, 2017. The demonstrator, developed within the EU aviation research program Clean Sky 2, is scheduled to have its first flight in 2020. “Racer”, which is short for Rapid And Cost-Effective Rotorcraft, will incorporate several innovative features such as high range and high cruising speed  of more than 400 kilometers per hour and at the same time very low fuel consumption. This new type of helicopter is supposed to be deployed for search and rescue missions, emergency medical services as well as public and private supply and transportation flights.

The demonstrator needs to comply with the required specified in EASA standard CS-29 in order to receive a flight permit for its flight in 2020. Amongst other things it has to be domonstrated that safe continuation of flight or a save landing landig is possible after a collision with a bird of mass 1 kilogram.

Collisions of airplanes and birds occur quite frequently – there are several 10,000 collisions per year world-wide. They cause high economic losses and can sometimes even lead to safety risk An example is New York incident in 2009, when an A320 had to carry out an emergency landing on the Hudson River. Because of the low flight level, helicopters are more often affected by bird-strikes than airplanes.

For “Racer” Fraunhofer EMI performed the simulations neccessary to provide the proof of birdstrike resistance. Airbus Helicopters provided the relevant data and based on these, a finite-element model (FE model) of Racer was generated. Using this model, bird strikes were simulated at various locations of the helicopter. The consequences of such impacts were analyzed.

The press release by Airbus Helicopters can be found here

Read more about Clean Sky 2 at the Paris Airshow 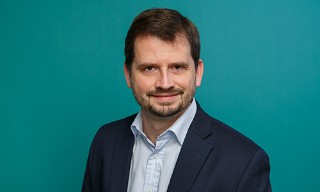