The growing number of drones increases the risk of collisions in airspace. How high is the risk of such a collision? At Fraunhofer EMI, we investigate this question. A software tool will evaluate the effects of different collision scenarios.

The strongly increasing number of aerial drones in airspace within recent years has led to a significant increase in reported incidents, some of which have had a massive effect on air traffic. Since reliable information on the vulnerability of aircraft to collisions with drones has not been available thus far, in the worst case, the flight operation of entire airports is currently disrupted after a drone sighting. This is why at Fraunhofer EMI, we explore methods with which we can assess the criticality of collision scenarios in order to provide the basis for the definition of adequate safety measures.

We have already conducted initial experiments on our tests stands regarding the hazardous potential of drone collisions: First, the drone components with the highest damage potential were identified – due to their mass and compact design, mostly motors and batteries. These components were then characterized in both quasi-static tests as well as in impact experiments on deformable targets made from aviation-typical materials at different velocities.

In particular, helicopters are more likely to collide with a drone due to their lower flight altitude and because they often operate in urban airspace. For this reason, Fraunhofer EMI and other partners are planning a joint research project with the goal of developing models that allow analyzing the effects of collisions between drones and helicopters comprehensively.

The approach taken in the project combines experimental, numerical and analytical methods. The aim is to provide a software tool at the end of the project that allows an efficient analysis of a multitude of different collision scenarios. On the experimental side, a new test stand is planned to be developed that allows accelerating entire drones weighing several kilograms to velocities of up to 150 meters per second. 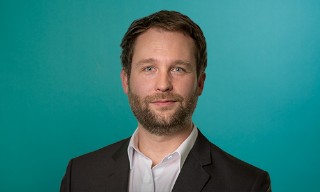