In crash applications, not only materials but also and primarily, humans themselves are in the focus of research, since they have to be protected in a variety of possible crash scenarios. For the safety assessment of various loading scenarios, human models are increasingly used in the automotive sector. A prominent human model is the commercially available THUMSTM (Total Human Model for Safety), which was used at EMI in Version 5.

Focus on the human being

Since crash victims are often prepared for the impact, certain muscle groups are not relaxed during impact but contracted, which has been proven in past studies. This fact could already be implemented in the past for influencing the musculoskeletal system using contractible 1D elements that are connected to the THUMS model’s bones. Thus, the THUMS in the current version can for the first time describe active and reactive movements during a crash impulse, e.g. when the model supports itself against the steering wheel or pushes the brake pedal. These movements are typical for real drivers shortly before and during impact. In biology, not only the decrease in muscle length and the resulting skeletal movement play a role, but also the associated change of the material properties: the muscle stiffness increases due to the contraction. However, the muscle tissue in the used THUMS model is divided into two independent systems: one system consisting of contractible 1D elements that allow skeletal movement at the joints, and the other being a volumetric system that depicts the three-dimensional muscle. The increase in stiffness of the 3D muscle is hence not triggered by the contraction of the 1D elements. However, the degree of contraction of the 1D system could be used for the definition of the 3D system’s degree of stiffness.

Since a relaxed muscle state is the default setting in the human model, the right parameters for the stiffness degrees have to be identified a priori. According to a comprehensive selection of available literature data on muscle stiffness, a scaling of stiffness across several orders of magnitude was carried out. Subsequently, the influence of these changes was analyzed for a simulated frontal crash pulse in the framework of a parameter study. This showed that the muscle stiffness has a major influence on occupant behavior and that potentially different loads are to be expected depending on the degree of stiffness in a crash loading scenario.

These insights form the basis for more applications in individual muscle models, in entire human models, and, specifically, in special fields of application, e.g. seating comfort analyses, studies on the safety of vulnerable road users (VRU), and applications in the fields of sport and medical technology. VRU comprise all vulnerable road users, such as pedestrians and cyclists. Since January 2019, it has been laid down in the Euro-NCAP guidelines that the VRUs’ safety has to be taken into account by automobile manufacturers. 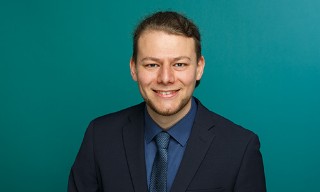