Insights into crashworthiness of batteries – results from the BATTmobil project

Batteries play the key part for crashworthiness of electric vehicles. It depends on their integrity whether an accident will cause damage comparable to conventional vehicles or a vehicle fire or even an explosion will occur. The latter are the consequences of overheating of the battery (thermal runaway), which may be caused, for example, by a short circuit triggered by the destruction of the internal cell structure. Therefore, a deeper understanding of possible cell deformations and their evaluation in relation to the occurrence of a short circuit is necessary to assess crash safety. As part of the BATTmobil project funded by the State Ministry of Baden-Wuerttemberg for Economic Affairs, Labour and Tourism, Fraunhofer EMI and Fraunhofer IWM have investigated these key aspects of battery safety. The project was successfully completed in October 2020 and is part of the Tech Center i-protect.

A particular challenge in the analysis of battery-cell crashworthiness lies in the large variations in the relevant geometric dimensions. Batteries installed in vehicles have dimensions of several centimeters, whereas the thickness of the individual cell components is in the micrometer range. In order to investigate crash safety, despite these differences in length scale, a systematic approach was applied within the BATTmobil project. The experimental work focused on studying the mechanical properties of the battery cell as well as analyzing its failure as a function of the type and rate of different mechanical loads. To characterize the properties of the materials used in the cell, experiments were additionally carried out on individual components. Complementary simulations on the atomic scale helped to investigate the influence of the state of charge. The precise knowledge of the material properties of the individual components turned out to be essential for the development of predictive detailed models. Since the individual components of the cell are explicitly considered, these models allow a deeper understanding of the overall cell as an assembly of the individual components. Based on this, simplified models were derived in which the cell behavior is represented in a homogenized manner. This means that in these models, individual components are no longer explicitly considered. These models allow the simulation of the deformation behavior in different load cases with comparatively low computational effort. By comparing the simulated and experimentally observed deformations, fundamental insights into deformation-dependent short-circuit behavior could be derived.

Within the project, a systematic approach was developed using a selected pouch cell (lithium-ion cell with flexible housing), for which both the individual components and the manufacturing process are known. The findings obtained, which can, for example, be taken into account for the application to other cell types, summarize as follows:

The project BATTmobil-2, funded by the Fraunhofer-Gesellschaft, enables Fraunhofer EMI and Fraunhofer IWM to continue their cross-institute research on the crash safety of battery cells. The focus of the work will be on the failure description of individual cell components in the detailed model and the implementation of a short-circuit criterion for the homogenized model.

Read more on battery research at EMI in the press release on the planned battery test laboratory (in German). 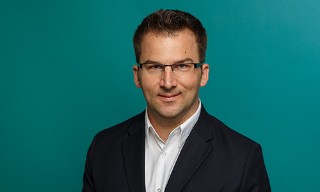