Biology as a model for Resilience Engineering

Biological organisms, whether plants, animals or even humans, are repeatedly exposed to extraordinary stress and shock situations, which we have to recover from. If, for example, one takes a closer look at the immune system of such a biological organism, then it possesses exactly the properties that are collectively referred to as resilience. A disorder, e.g. in the form of a virus, is detected and immediately measures are taken to actively counteract it. A closer look at such processes reveals a multitude of attributes of a system that contribute to its overall resilience:

Flexibility in supply and stockholding:

Biological systems like humans are extremely flexible. If a person runs out of energy due to the lack of nutrition, the body can fall back on its energy reserves in the form of fats. Changing the energy source prevents the system from failing, thus providing time for further action. Transferred to an organization this means: One should not depend on just one supplier and build up a certain amount of reserves. Both are important preparatory measures - see our comments from last week. But here too, too much body fat is unhealthy, but a certain amount helps in a crisis.

The metabolism of biological organisms is highly variable and can convert a large number of energy substrates to produce energy. A high diversity of production sites, decision makers and critical processes across the entire organization increases their overall reliability. This reduces the risk that the failure of an extremely critical node or element in a complex system leads to total collapse of the overarching system.

Distributed resources and redundancy of processes and tasks

In biological systems, resources are not all stored centrally, but are mobile and can be transported quickly to a specific location within the system. At the same time, they often fulfil several functions simultaneously. In companies such a distribution can be extended not only to resources but also to tasks. For example, if entire areas are unavailable, these can be split up into several areas if they can be distributed. The higher the level of distribution, the more elements can be involved and thus reduce the additional effort per element.
The ability to distribute tasks or resources is closely linked to the attribute of redundancy. The resilience of biological systems is often based on redundant mechanisms that are present in multiple copies, for example as information or functions. However, not all resources and functions are redundant in the system, but only those that are particularly critical for the overall stability of the system. In the case of a company, this could be transferred in the sense of an extension of authorities to multiple people to sign off important processes. The loss of a person with decision-making authority would thus no longer block the progress of the process as such.

Detection and agility for rapid initialization of measures

By means of mobile receptors, biological systems are able to perceive stimuli at any time and anywhere and to initiate immediate reactions. These measures are often not maximally efficient, but they provide a longer scope of action and prevent a complete failure for the time being. In the course of the last few weeks, a gradual escalation of the restrictions of public and economic life could be observed. Resilient organizations in particular have reacted to this development at an early stage and reacted very agile to the very dynamic development of the situation with personnel measures in the context of home office or alternating shifts.

The human immune system adapts to the type and intensity of a disorder. This helps to avoid overreactions and learn from successes. In biology, trials are often carried out according to the "trial and error" process. Companies need to think through new approaches well, since errors can have different effects depending on their intensity. However, as in biology, adaptation is a lengthy process, which can make different processes more efficient and ultimately contribute to the resilience of a company.

Communication and compatibility as the basis for resilience

Biological resilience mechanisms must be initiated and stopped via quick control and command functions. For this purpose, messenger substances are used, which are produced by the responsible elements, but also have to be recognized. Signalling substances serve as language and are permanently exchanged in order to keep the entire system up-to-date. Consequently, communication forms the basis within biological systems as well as in the economy. Information such as current measures must be communicated in companies at all levels so that they can be implemented efficiently. For example, a well-structured and well-communicated crisis management is an essential instrument for a company's survival in order to keep personnel and financial losses as low as possible.

Scalability to focus on important processes

Scalability in biological systems is mainly used for growth. With increasing size, for example, organs need more energy and the supply must increase. In contrast, scalability is also an important ability to shut down unnecessary processes in order to save energy for other processes. For example, companies must be able to save capacity by reducing or freezing processes in order to ultimately focus on selected and critical processes. 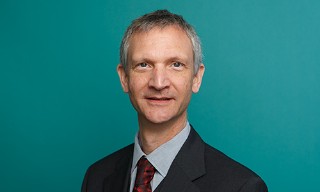 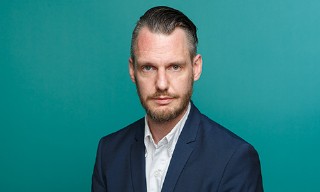 Head of Safety, Security and Resilience of Technical Systems