Space debris objects are remains of anthropogenic activities in space. Since the beginning of space travel, the number of said objects in near earth orbit increases continuously with the growing number of launched space systems. Fragmentation events caused by exploding tanks of decommissioned upper stages as well as accidental collisions of satellites cause an abrupt increase in the total number of space debris particles. Such fragmentation events are the major source of space debris objects. Specifically regarding collisions of satellites, the by far greatest number of objects is predicted to occur in the medium term, when the spatial density of satellites will have reached a critical level. This trend is even intensified by the installation of large satellite constellations. The only natural sink besides dedicated de-orbit maneuvers of decommissioned satellites is atmospheric drag. This drag, however, is already so low for relevant orbital altitudes in the low earth orbit that objects remain there for decades or even longer.

In the space debris environment, the high orbital velocities of the space debris objects and the resulting destructive effects of a collision are particular. At impact velocities of several kilometers per second, even impacts of objects with a size of merely centimeters can result in catastrophic satellite failure. Thus, it is important to analyze the space debris environment in order to assess the risk for a space mission and, if necessary, to take protective measures. The modelling of the space debris environment is based on event databases and catalogues of ground-based observational data. Even ultra-high definition observation radars, e.g. Fraunhofer FHR’s space observation radar TIRA, only detect objects larger than five to ten centimeters. All smaller objects can hardly be observed but are instead estimated using models. For the dominant source of fragmentation objects, NASA’s state-of-the-art Standard Satellite Breakup Model is used.

The NASA Breakup Model is a simple empirical model that only allows few input parameters: the mass of the colliding objects and the collision speed. The statistical database which the model is based on is scarce considering the difficulty of observation of real fragmentation events in orbit and the immense effort of reconstruction in the laboratory. Observations of more recent fragmentation events in orbit, such as the Chinese antisatellite test Fengyun 1C and the collision of the satellites Iridium 33 and Kosmos 2251, thus show significant deviations from the predictions made by the NASA Breakup Model. In order to increase the data basis and to allow the systematic analysis of fragmentation events, Fraunhofer EMI adopts the strategy to use numerical methods for the virtual simulation of complex collision events in orbit.

For the simulation of satellite collisions, we use the hydrocode EMI-SOPHIA developed at EMI, which has been optimized for the simulation of highly dynamic structure-mechanical processes and has been validated in numerous experiments. For the European space organization ESA, SOPHIA was expanded to PHILOS-SOPHIA in order to simulate satellite fragmentation. This enables even non-professionals to construct and compute collision scenarios and to perform analyses. We have demonstrated this with the example of the ESA satellite LOFT, a design study of a large X-ray telescope. We collided the numerical models of the LOFT satellite with a small satellite in various collision scenarios in order to analyze the number, properties and orbits of the generated fragments. Unlike as in the NASA Breakup Model, which does not take the collision geometry into account, we could discern significant differences in the occurring damage and fragmentation in dependence of the impact direction. Especially grazing collisions can cause either much larger or much smaller damage than a central collision. The collision geometry is the decisive factor here. The orientation, the impact location, and the direction of the collision partners to each other influence the extent to which the resulting debris clouds hit other parts of the satellite and thus generate even more fragments. With PHILOS-SOPHIA, such processes can be simulated in a physically consistent manner, and the properties of the individual fragments can be identified and tracked completely.

In order to improve the methods for simulating the fragmentation of complex, large-scale satellites and to reduce computing time, we currently develop substitute models for sandwich components using fiber-reinforced composites. These sandwich components are increasingly put to use on modern satellites and, as impact tests show, generate a high number of small fragments in the subcentimeter range. With simplified substitute models that are developed using dedicated experiments in combination with cutting edge particle tracking methods, the simulations become more efficient. Thus, they enable a number of realistic and systematic investigations of complex satellite collisions. Such studies can become the basis for the improvement of the existing Standard Breakup Model and can foster the development of a more efficient European Model. 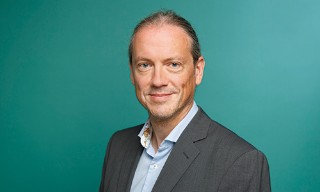 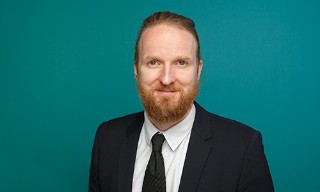