On September 5, and two weeks later on September 21 and 22, 2018, the outer hull of the Columbus module of the International Space Station (ISS) was visually inspected. These robotic camera screenings were the first systematic inspection since the module has been docked to the ISS more than ten years ago. The survey data will be utilized by Fraunhofer EMI and its project partners to improve our knowledge on the space debris population.

The Canadian robotic arm, which is installed at the ISS, was used to perform the screenings. The arm was operated from Mission Control Center in Houston, moving systematically above the meteoroid and debris protection shield of the module. The recordings from the camera at the tip of the robotic arm will be evaluated in the upcoming months. The objective of the analysis is to better estimate the particle impact risk of future space missions.

We strongly depend on satellites in our everyday life: for communication demands like radio and TV broadcasting, for navigation, for Earth observation, for example, of meteorological phenomena. Space debris, together with micrometeoroids, constitute the particle environment in space that poses a constant impact threat to all space missions. Such impacts are one cause for spacecraft failure and degradation. About 7500 tons of space debris orbit Earth, an amount that increases steadily. Space debris refers to artificial and often millimeter-sized objects in Earth orbit which originate, for example, from collisions between micrometeoroids and satellites. Due to their high velocity, they are particularly dangerous: While space debris particles in lower Earth orbits travel at about seven kilometers per second, micrometeoroids travel through the interplanetary space of our solar system and impact Earth-orbiting spacecraft at velocities of up to 72 kilometers per second.

Not only satellites, but also the ISS itself is subject to collisions with space debris and micrometeoroid particles. Most affected are the front and top side of the space station: While the majority of the space debris particles approach the ISS in flight direction – that is, impact at the front side – micrometeoroids do not have a preferred direction and impact everywhere (except on Earth-facing surfaces). Collisions of larger particles may cause a dangerous air leak on board the ISS.

Fraunhofer EMI has a long-standing expertise in hypervelocity impact research, which is continuously expanded and applied in the business unit Space. The protective shield of the Columbus module, which has now been screened, was designed and tested at Fraunhofer EMI. The facilities at Fraunhofer EMI, especially the Space Gun, provide means to experimentally investigate impact scenarios and the associated effects in the hypervelocity regime.

The research team of the screening project consists of scientists from the German Space Operations Center in Oberpfaffenhofen, from the Institute of Space Systems from the German Aerospace Center (DLR) in Bremen, from the University of Oldenburg and the Technische Universität Braunschweig. The European Space Agency (ESA) and the National Aeronautics and Space Administration (NASA) were responsible for conducting the survey using the robotic arm. 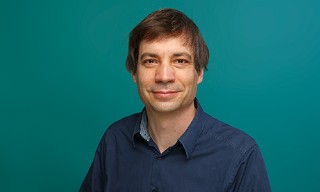