Within the EU project INACHUS (Technological and Methodological Solutions for Integrated Wide Area Situation Awareness and Survivor Localisation to Support Search and Rescue (USaR) Teams), new technologies are developed to support rescue teams after catastrophic events, such as an earthquake. Fraunhofer EMI is responsible for the quick localization of potential survivors in collapsed buildings using EMI’s cavity identification tool (CIT).

For their overall orientation in the chaos and rubble left after an earthquake, rescue teams need support for their efficient and well-directed employment. For the respective urban area, possible rescue paths have to be determined and possible targets prioritized. Also on the level of single building structures, voids with potential survivors have to be identified in an automated way. At the same time, the stability of the building has to be assessed for safety reasons of the rescuers themselves. Otherwise, rescue operations face severe problems, as it was the case in early July 2017 when a multi-story building collapsed in Naples, Italy.

This is where EMI comes into action by advancing its risk-analysis tool VITRUV for the project. The tool visualizes structure damages due to earthquakes and the number of persons per building (by occupancy analysis) for whole city quarters dependent on the time of the day. This information is essential for deciding where rescue missions are to be directed. Furthermore, EMI’s cavity identification tool (CIT) localizes possible voids in single buildings by means of modeling and simulation. These voids may be used by rescuers for entering the rubble or survivors may be trapped inside.

For a large-scale field test on May 31, 2017, the project consortium demonstrated the newly developed technologies to an audience of more than 16 end users. An old building was demolished, the collapse mimicking earthquake conditions. The real event was then compared to simulations of the building collapse. This is where the new EMI software CIT was deployed to identify potential voids in the collapsed building.

Together with the demolition company CARDEM, a building was identified for demolition and an earthquake-like scenario was created causing the collapse of the building. For the sake of an overall situation assessment for the rescue forces, 3D models were created, which, in turn, were supposed to contribute to damage assessment, localization of potential voids, assessment of the structure stability and determination of possible rescue paths.

Fundamental goal of the test was to compare the real events with the simulations. On Youtube you can watch a video of the collapse in real time in parallel to the collapse simulation conducted by the project partner ASI (Applied Science International Europe SRL): https://www.youtube.com/watch?v=4VF8gb3VYKg&feature=youtu.be

These simulations formed the basis for the EMI software CIT to identify the voids. The end users were able to experience how realistic the models reproduced the collapsed building and the cavities.

Furthermore, 3D pictures were generated by ground-based laser scans as well as aerial images taken by unmanned aerial vehicles (UAVs) to enable a first orientation within the chaos. The laser scanners are able to distinguish different types of objects, e.g., people, various building materials or vegetation. With the end users assigning appropriate colors to identify and highlight the items, a clearer understanding of the rubble pile is gained. The UAV imaging tool also helps to quickly identify damaged areas and to establish a percentage of destruction.

The new INACHUS technologies are to be implemented into digital situation desks for the coordination of such large-scale response missions as required by INSARAG (International Search and Rescue Advisory Group). That way, instantly current data could be shared and corresponding activities within the sector made visible.

This large-scale experiment was the second of four scheduled field tests. Here, you find the official press release to the second INACHUS field test: https://drive.google.com/file/d/0BzgAgXQ5LS6IOHNYclVLT3doejg/view

INACHUS is short for Technological and Methodological Solutions for Integrated Wide Area Situation Awareness and Survivor Localisation to Support Search and Rescue (USaR) Teams. This project received funding from the European Union’s Seventh Framework Programme and investigates measures to optimize and improve first responses and rescue missions in case of building collapse caused by catastrophic events like, e.g., earthquakes, storm or explosions. The project runs for three years, from 2015 to 2018. The project consortium encompasses 20 project partners and is coordinated by the Institute of Communication and Computer Systems (ICCS). 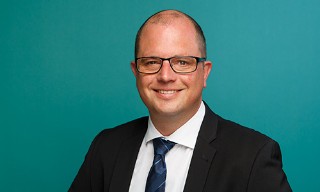