When do you reach the maximum load for batteries during crash? Fraunhofer EMI uses its expertise in investigating high-dynamic processes in order to make batteries for electric vehicles safer.

Your car hitting a curbside is an annoying and expensive issue for any owner of a conventional car. But if you are dealing with an electric car hitting the curb, this may not only cause external damages. The battery as central energy storage of an electric vehicle may be damaged and, in the worst case, may even catch fire. Without the exact understanding of the battery behavior under extreme conditions and heavy loads, electromobility cannot meet the required safety standards. Nevertheless, ensuring safety is indispensable for this mobility concept of the future. The German Federal Government pursues the goal to have a million electric vehicles driving on German roads by 2020. Fraunhofer EMI tests such vehicles for safety.

There are fundamental differences between the construction of a conventional and an electric vehicle: While conventional cars carry along a fuel tank, the central drive of an electric car is the battery, mostly a lithium-ion battery, located at a different position within the vehicle body. This decisive difference issues new challenges to crash-safety research: How does the battery of an electric car behave under crash loads? How will a dent, squeezing or an intruding foreign body affect the energy storage?

EMI tests the maximum loading for charged batteries during crash

At Fraunhofer EMI, batteries are predominantly tested for their behavior under crash. In dynamic experiments, scientists analyze the battery loading limits and the risks emerging from accidents. Various kinds of crash scenarios are reproduced in experiments in order to determine the influence of load velocity, form and dimensions of the intruding object, state of charge of the battery or alignment of the battery cells.

The crash of charged cells especially endangers vehicle safety. The outer deformation of a cell suffices to cause a short circuit within the battery leading to an involuntary flow of electricity. The temperature rise within the cell initiates chemical reactions which, in turn, cause more heating. If there is enough oxygen, individual materials may ignite. In case of a larger-scale crash with charged cells, fire often occurs. Scientists at Emi are able to conduct Crash tests with charged batteries and make predictions about the risks emerging from batteries in electro vehicles. Reliable statements about these facts are of enormous importance to electric-vehicle manufacturers and their choice of energy storage.

Tests are conducted at a special test bench, where cells are squeezed, deformed or damaged and destroyed by an intruding body according to predefined conditions (see video). The reactions that can be observed cover an enormous range. On the one hand, certain loadings can immediately lead to the explosion of the whole energy storage; on the other hand, inner damages after certain loadings may cause such minor inner damages that the induced inner chemical processes are not recognizable from the outside at first glance. The cell appears to be fully operative. In such a case, it may take days until exterior reactions occur. At EMI, scientists investigate which influences on the battery are tolerable without safety risk.

Crash tests and simulations for the safety of electric vehicles

The tests conducted at EMI are indispensable for the crash simulation of electric cars. The data gained from experiments can be used for the simulations that are necessary for the development of protective measures. By means of commercial calculation software and in-house simulation methods like the SOPHIA software, predictions about the loading properties in case of crash can be derived. This combination of dynamic experiments and simulations is unique and helps to make statements about the potential for improvement of safety concepts and structures of electric vehicles.

Within the context of simulation and for the production of energy storages for electric cars, material testing represents an important step in the technical chain of development. Each manufacturer uses other kinds of batteries that differ in the chemistry of the cells meaning the chemical composition of the active materials. At Fraunhofer EMI, scientists can conduct customer-specific material tests und generate material data for simulations. At the tension-pressure-test machines, namely the split Hopkinson tension bar and the split Hopkinson pressure bar, materials can be tested for their reaction to tension, pressure or strain. In special climatic chambers, tests can also be performed at heightened temperatures. This information is utilized for the manufacturing process and allows for more resilient, more powerful and safer batteries.

The Battery Alliance corporate video shows a battery being squeezed during a dynamic experiment at a specific test bench at EMI. 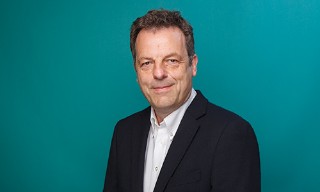