Electric cars are emission-free and quieter than their previous generation. But how safe are they compared to conventional cars? In order to find out, new test procedures are needed since electric cars do not have a fuel tank but carry a battery. The position of the battery in a car varies according to the manufacturer. Therefore, it is a crucial question whether and how current crash-test guidelines have to be adjusted.

Passive vehicle safety of electric cars lay at the heart of EMI’s contributions to the research project EVERSAFE (Everyday Safety for Electric Vehicles). The work on passive safety also included contributions from the Fraunhofer Institute for Chemical Technology ICT, the Swedish National Road and Transportation Research Institute VTI, the Federal Highway Research Institute BASt and the Volvo Car Corporation VCC. The project was funded by the EU within the Seventh Framework Programme.

To determine the safety level of an electric car in case of crash, EMI investigated what acceleration impulses can be absorbed by batteries and what effects on vehicle safety are to be expected from battery deformation or damage due to penetration. For this purpose, the cells and cell material of a lithium-ion battery were analyzed and modelled, and complete vehicle models were simulated for different crash load cases.

Tests on the lithium-ion cells have shown that damages at the separator foil between the electrodes generally lead to significant chemical reactions. Our scientists went beyond the demands of standard tests and developed new test configurations. Standard tests with pointed intruding bodies and shear tests with sharp-edged sheet metal did not initiate any chemical reactions even in case of fully charged cells. This shows that the cells which are prevalent in today’s market are very well designed to meet the requirements posed by the standards. Nevertheless, safety of cells also has to be guaranteed whenever the expected loadings during crash differ from these laboratory conditions: A newly developed test setup at EMI with a blunt, edgeless penetrator made of plastics revealed short-circuit reactions with significant electrochemical consequences (see first figure). The microscopic inspection of the lithium-ion cell and its single layers proved that separator layers, which would have mostly fulfilled their isolating function during a standard test, were severely damaged locally by the blunt penetrator causing the short-circuit reaction.

This demonstrates how mechanical properties of the battery pack and the surrounding structures of the battery are of decisive importance in case of crash – deformation of the battery should be avoided if possible. As a current strategy, the battery casings are generally constructed as rigid as possible. This, in turn, imposes new requirements on the vehicle construction as a very rigid battery casing basically increases the overall stiffness of the vehicle, which has a negative influence on the acceleration values for the occupants during crash. This is why the design of electric cars has to consider a completely different energy-absorption capacity compared to cars with combustion engines.

Beyond the scenarios of crash-test standards concerning the complete-vehicle level, EMI developed and investigated new, partly more demanding loading cases, as, for example, underbody impact. In case of the underbody impact, objects which are run over by the car collide with the underbody of the vehicle and possibly affect batteries mounted there. Another accident scenario developed by BASt included several successive cars and was investigated by numerical methods.

The Toyota Yaris model of the US National Crash Analysis Center NCAC was transformed to a first-generation electric vehicle and compared and validated with regard to typical crash pulses.

The critical loads which could be identified on the bases of the simulated crash-loading cases allow for statements on the potential how common crash-test standard can be improved. This way, also an optimal installation space for the integration of safety-critical component could be found.

Within the EVERSAFE project, EMI significantly contributed to identify critical load cases for selected electric-vehicle concepts. From fruitful numerical simulations, valuable suggestions could be made for the improvement of existing crash-test standards in order to consider the special circumstances of electric cars.

The report “Recommendations and Guidelines for Battery Crash Safety and Post-Crash Safe Handling” can be downloaded at: 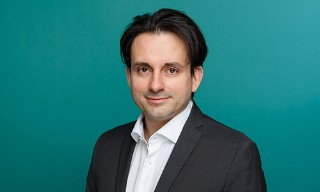